Ruben Lenten rides the Fuel. Youri Zoon rides the RPM. Wy aren’t both of them on the same kite? We all know that the Fuel is a pure C-kite and that the RPM is a Hybrid C-kite. Is that the only difference between the two? Of course not! We decided to dig deeper into this matter to once for all stake out the differences between the Fuel and the RPM. Not only did we we try the two kites our selfes, but letting a group of Slingshot riders give us their feedback on the two models. 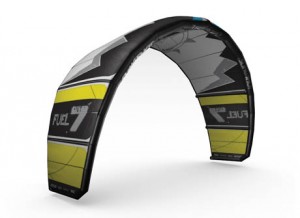 As we´ve seen in numerous videos on the net many riders that are into insane kiteloops ride with the Fuel. The reason is that the Fuel turns a little more open which creates a lot of energy while you loop it into the powerzone. However the performances of the Fuel also depends on the settings you choose, you can choose between wake and freestyle.
The wake setting means more low-end power and grunt. The kite will turn slower, have less depower, pull more during turns and it will deliver a higher bar pressure. The freestyle setting is basically the opposite. These settings are usually found on most kites and it´s nothing special really. The closer you attach the front lines to the wing tips the deeper the kite sits in the wind window which will change its properties a bit.

The Fuel will give you a bit more load and pop perfomance. The kite is also less sensitive to slack in the lines. People that are into mobes normally prefer the Fuel before the RPM for these reasons. Another great advantage with the Fuel is that you don’t have to trim the kite when you perform unhooked tricks.

Gust handling. The Fuel is not really known for its great ability to handle gusty wind. Flying a Fuel in gusty conditions is fully possible, but it will drain a lot more of your energy since the kite will put more strain on your body compared to the RPM that has the ability to absorb gusts in a better way. Flying an RPM for 2-3 hours in gusty conditions is like flying a Fuel for 1 hour, that’s how tiring it is to fly the Fuel when it´s gusty. In smooth constant wind conditions the Fuel is a killer. 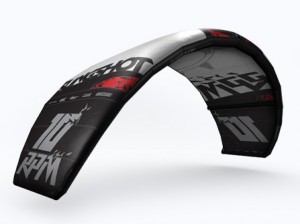 Like the Fuel, the RPM can be tuned to fit your desired style by changing the settings. Attach the front lines to the wake setting and set the rear lines to the slower setting and you´ll end up with a RPM that almost has exactly the same characteristics as the Fuel. The bar pressure is about the same, the RPM is somewhat faster and turns a little more closely.

The RPM may advantageously be flown when it´s gusty and it´s more forgiving than the Fuel. The depower is better and so is the wind range. During jumps the RPM will give you a longer hang time. One can say that the RPM is a more versatile kite than the Fuel. If the Fuel and the RPM were brothers, the RPM would definitely be the little brother, a less extreme version of Fuel, the big brother.

Selecting between the Fuel and the RPM is not an easy task. It´s of course  a question about your riding style. If you´re into mobes and freaked out kiteloops, then go for the Fuel. Are you looking for a more versatile all-round kite, then the RPM might be your first choice. However, another probably even more important factor when choosing between the Fuel and the RPM is your local wind conditions. Are you spoiled with solid constant condition, then the Fuel should definitely be your first choice! But the Fuel will kick your ass in gusty conditions, so you might feel more comfortable with the RPM. It is not surprising that many riders have a quiver of RPM’s mixed with one or two Fuels to be used when the conditions are right.

Both the RPM and the Fuel are great kites and you can’t really go wrong with any of them, but remember to keep your local conditions in mind since this will greatly effect your buying decision.

For further information and reviews about the RPM and the Fuel, check out www.slingshotfuelkite.com