Archive for the ‘Videos’ Category

That kitesurfing is addicting is no surprise! These kiteaddicts made this video to show their view on kitesurfing and how addiciting it is… enjoy :)

Davi is only 3 years old and already a kitesurfer! Davi is able to kitesurf equipped with a small trainer kite and a surf board which is pretty amazing! Normally kiteschools don’t teach students younger than 12 years old according to the IKO standards. Teaching kids in this age can be a nightmare, not only since they are unmature, but also without fully developed body feeling and mind and lack of respect for the kite and safety. However, some kids develop skills in an early age which is a big advantage since it’s much easier to learn advanced tricks in a young age while your body still is strong and healthy. Just remember when you were young and climbed in trees like a monkey, jumped from roofs and dived from cliff at 10 meter high without fear for braking your legs and back. Then when you reach 30+ jumping from a chair to the floor is simply not something you do without taking a potential risk of fucking up your knees or even break something.

So imagine if this young talent Davi gets the possibility to continue kitesurf and develop his skills… I think this kid might become a new champ when he reach an older age!
A problem though is that Davi comes from a poor family and for his father to afford a real kite equipment is simply not possible… But there is a fund to which you can make a small donation:
https://www.vakinha.com.br/VaquinhaP.aspx?e=161509
So let’s raise some money so we can enjoy this young talents struggle to becoming a new world kitesurfing champ!

RRD Obsession 2012 is a 4-line high performance freestyle kite with 5 struts. The Obsession has a strong durable construction with full dacron wingtips and reinforcements at the exposed parts such as the strut ends as well as the cross stitched Leading Edge. The kite has a great stability and a fast turning speed. In fact the shape of the kite has been reamped in order to improve the turning speed for the bigger sizes and a bit slowed down for the smaller sizes. The bar pressure is light, so you can ride all day long with out fucking up your elbows or getting pain in your underarms. The Obsession is an exceptional kite for unhooked tricks and it is perfectly trimmed even when fully powered. It flies with lots of forward speed and massive pops. The construction also allow the rider to jump high and enjoy a great hang time. Water relaunch is easy and the safety system works flawlessly. Nuff said, watch the movie and see the Obsession in action!

Another nice video from BEST filmed in Portugal. The whole BEST team gathered to fine tune the final parts for the 2013 collection of kites and boards.

Looking for a custom made surf board? 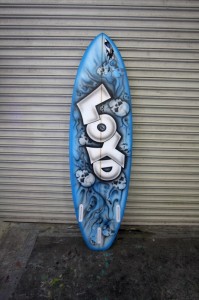 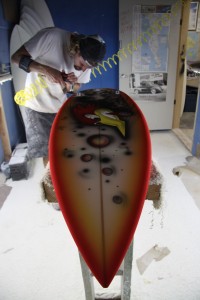 If you wanna stand out from the crowd when it comes to your surf board, then you might wanna check out Loyd Surfboards. Originally, Loyd Surfboards was only a small surf shop in the Pismo Beach area, California. The year was 1974, and back then a man named Aaron Loyd made incredible boards that not only surfed the waves in perfection, but were designed to really catch ones eyes!

In 2004 Aarons son Gabriel, which at the time already mastered the skills needed to create and design amazing boards, partnered up and created “Loyd” surfboards, under their new logo. Gabriel litterally grew up in a surf board factory and hence possessed his fathers knowledge in how to create sick surf boards. Loyd is now producing some of the coolest and best custom boards in the world, both surfboards and kiteboards.

As far as I know Loyd isn’t producing any twintip boards that are common among many kitesurfers around the world, but I can recommend you to check out www.navisboards.com if you´re looking to buy a really nice and durable twintip board.

Here is a small video from Loyd Surfboards.

2012 ASWI Kiteboarder Of The Year

ASWI stands for Association of Wind and Watersports Industries. This year eight of the top riders around the world have been nominated to the title as the ASWI Kiteboarder Of The Year 2012.

The nominated kiters are:

My personal favourite is with no doubt Jesse Richman. Reo Stevens takes the second place. Here are two videos with these two guys. 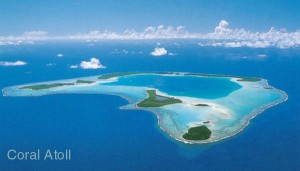 Tuamotus a.k.a Tuamotu Archipelago is located in French Polynesia and consist of a number of islands and atolls.
Tuamotus is still quite unexplored by kitesurfers, however it can be one of the top kitesurfing spots in the world!
The islands make up hundreds of beaches that are far from crowded, which means huge space for launching and rigging your kite. There are also several protected bays which allow you to ride on super flat water, but of course you have the option to go surfing in the waves in the open sea.
Tuamotos is a place where you can go not just to kitesurf, but engage in various activities such as kayaking, spear and bait fishing, diving and not to mention – eat delicious fresh sea food as well as enjoy fine wine and good drinks.

Watch this awesome video and there will be no doubts where you wanna head for your next kitesurfing trip!

Naish has really put a lot of effort into their promo videos for their kiteboarding gear 2013. We´re not talking about just one video, but a whole bunch of them! The Park, The Torch, The Ride, every model has its own promo video as well as the boards and the new light wind kite, Naish Fly.

Gear Preview for the 2013 Collection

A short but nice video for the contest julbo swell session 2012 with Jeremie Eloy.

Flysurfer team rider Lukash is a guy that knows how to kite with style!

Sebastian Wagner kitesurfing somewhere… looks like a nice spot where the location now is. Wouldn’t mind to kitesurf myself right now, but I´m stuck in a super hot train in the middle of Sweden. Luckily the train is equipped with internet so I at least can watch some kite videos =)

Why you shouldn’t try learning kiteboarding without taking a course